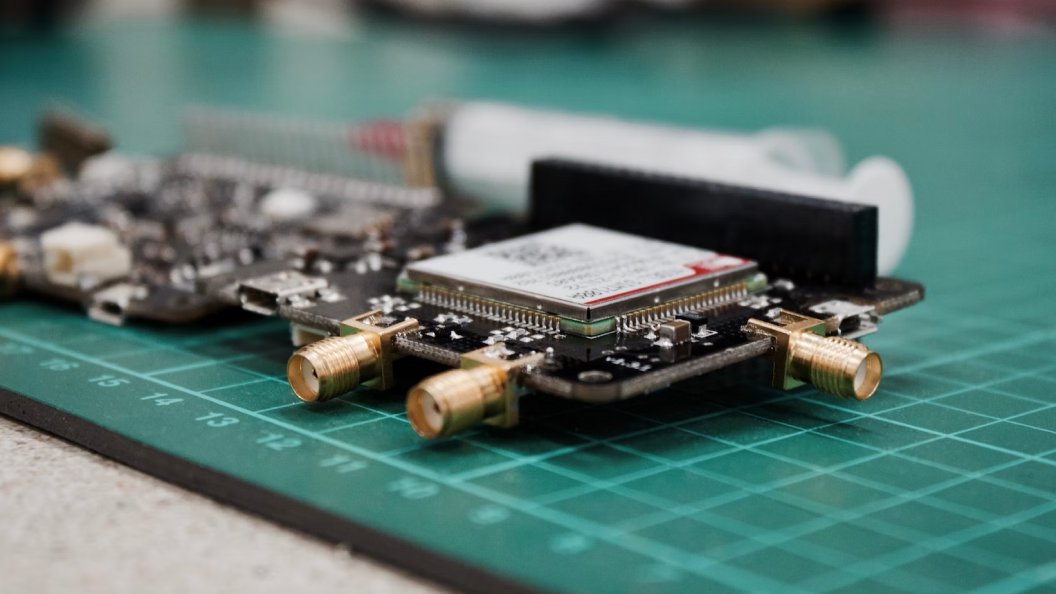 CeBIT is just around the corner: From 20 to 24 March 2017, the "global event for digital business" will once again take place in Hanover. CeBIT is the largest trade fair for information technology worldwide, and it’s expected to attract 200,000 visitors and 3,000 exhibitors.

This year, Japan is the official partner country. Apart from the digital economy ("d!conomy") and other featured topics, this year’s conference and trade fair will also focus on the Internet of Things (IoT). For IoT enthusiasts, CeBIT offers a plethora of interesting lectures, panel discussions, and showcases. The Internet of Things enthusiasts at Yatta have taken a closer look at the rich CeBIT program and selected their personal highlights from an IoT point of view. We have listed them in this post.

If you’d like to get a hands-on and interactive intro to the IoT, you’ll have the opportunity to do so at the Internet of Things Barcamp in Hall 12 on Monday, 20 March. During this half-day event, participants will exchange ideas with hardware manufacturers, system integrators, and industry representatives of all business areas and jointly develop business models and their own solutions. Interdisciplinary challenges and opportunities can also be discussed here. A perfect conference start for CeBIT visitors with an IoT focus.

Unquestionably, the two largest CeBIT events for IoT enthusiasts are the CeBIT Global Conferences and the IoT Expert Conference.

In terms of keynotes, the Global Conferences in hall 8, which are expected to attract 3,000 attendees, will feature two highlights: On the evening of 21 March, Edward Snowden will speak (via Livestream) on data security and privacy in the Age of Surveillance. This issue has once again become explosive as a result of recent Wikileaks releases: documents from intelligence services prove how smart TVs and other Internet-connected devices are exploited to spy on consumers in their own homes. If you attend CeBIT Global Conferences, make sure you don’t miss the world’s most famous whistleblower give a talk.

On 22 March, Ray Kurzweil, chief developer at Google, futurist and thought leader in the field of artificial intelligence and technological singularity, will be a VIP speaker in Hannover. His keynote will focus on technological innovations of the future - including the Internet of Things - and resulting social transformations. Expect a thought-provoking and visionary presentation!

Blockchain technology is an area of increasing relevance for the IoT community. On 21st March CeBIT Global Conferences will dedicate a special day (digital summit) to this topic, including seven lectures, some of them with specific reference to financial technology. If you’ve never dealt with this topic, the blockchain basics talk by Oliver Gahr (blockchain expert at IBM) at the beginning of the track might be a good starting point.

Machine learning, neural networks and thinking robots: If you feel at home in this world or would like to delve into it, you’ll find plenty of interesting talks at CeBIT Global Conferences. On 20th March Hiroshi Ishiguro from Japan, CeBIT’s Partner Country 2017, will look into the crystal ball of robotics in his talk “Androids, Robots and Our Future”. Ishiguro is a Professor at Osaka University, Visiting Director at ATR Hiroshi Ishiguro Laboratories, and a renowned expert in the field of humanoid robotics.

If you want to take a deep dive into artificial intelligence and attendant ethical questions, you’ll have the opportunity to spend an entire day (23 March) specially dedicated to dealing with the subject at the Global Conferences. As an attendee, you’ll also meet Pepper, the first humanoid robot capable of reading human emotions. Cyborgs and Biohacking will also come up.

Autonomous and connected cars will also be discussed at the Global Conferences, e.g. in a keynote on Volkswagen’s roadmap for this topic on 21 March. Only recently, the car manufacturer made headlines by presenting its new robot car "Sedric" – not least because of Sedric’s very particular "toaster" design – and sparked discussions about the topic "mobility as a service". Will self-driving taxis replace private cars in the future? It will be interesting to see if Sedric and Co. are going to ring in a new era of mobility.

The downsides of self-driving, connected cars will be addressed on 22 March in a talk entitled “How we stole a Tesla car by hacking the app!”. In September 2016, Chinese security experts managed to hack the autopilot of a Tesla and gain control over the vehicle from 12 miles away.

The rest of Wednesday morning at Global Conferences will be dedicated to security topics in the field of IoT. Tech blogger Sascha Pallenberg (Daimler AG) and Franck Leveque (Frost & Sullivan) will hold another interesting talk on mobility on 23rd March.

From 20 March to 24 March , the IoT Expert Conference will take place in Hall 12, offering an extensive program that includes 47 lectures and panel discussions on financing and monetizing IoT solutions. Important topics are Smart Cities, Smart Home, data collection and evaluation, IoT platforms and applications, interoperability, analytics, device management, security, open source, and OSGi. As the name of the event suggests, IT professionals as well as IoT and industry 4.0 experts will share practical experiences about IoT applications. On Thursday, the IoT Expert Conference is rounded off by several talks on security.

Security in the IoT

Security will also be discussed in depth at the International Cybersecurity Conference at Pavillion 37 on 20 March:

The program on another stage (called “Business Security Stage)” will also shed light on security risks that go along with cyber-physical systems. It starts with a live hacking, during which security expert Sebastian Schreiber (SySS GmbH) will show how “terrifyingly easy it is to obtain access to other people’s data”, as the talk abstract explains. Other worthwhile talks (in German) as part of this event include:

The connected city of the future will be another major topic at CeBIT 2017. The Roadshow “Intelligent City” on 22 March (Convention Center, room 13/14) will provide an opportunity to learn more about the chances and challenges of smart cities.

The conference “Beyond Smart Cities - Towards Smart Urbanism” will take place concurrently with CeBit at the Convention Center. According to the title and description, it distances itself from the term "smart cities", and primarily aims to embed technology into the cultural and sociological circumstances of entire metropolitan regions in a meaningful, sustainable way.

If you are more interested in exchanging views with other smart city experts, you should check out the Smart City Forum in Hall 7, booth A14. Representatives of the Smart City Forum, the largest German network for digitization in urban spaces, will present various approaches.

Apart from the talks at the IoT Experts Forum, another event will deal with the Industrial Internet or Industry 4.0. It will be presented by the German Chamber of Commerce and Industry in Japan and open a dialog on the topic “Industrie 4.0, IoT and AI - Legal and Social Challenges / German-Japanese Value Partnership” – an important one, since the Internet of Things is, and will continue to be, a global business. This is why it’s so important to establish common standards and values across industries and national borders.

We wish all IoT enthusiasts a great week at CeBIT!