Digitization as the age of useless gadgets?

Inventions are not the same as innovation 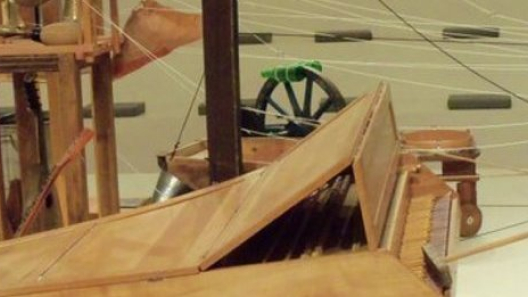 The digital economy is booming. Logistics, healthcare, the automotive industry, tourism, public administration, insurances, finance – virtually no industry remains unaffected, even if there is still a lot of catching up to do for German enterprises, as the investor and entrepreneur Frank Thelen observes. But what is really worth digitizing? Is it necessary to hop on every trend bandwagon and celebrate each and every new gadget as a milestone towards our digital future? After all, innovation means being open to all things new – right?

“If you open your mind too much, your brain will fall out” – this line from a song by the Australian comedian Tim Minchin gets to the heart of a recurrent problem in IT and beyond: While being open to innovations is certainly a good and important trait, there is always the danger that it turns into a dogma into narrow-mindedness. In such cases, the credo "anything goes" forbids any critical assessment. And every new invention is embraced and celebrated as a matter of principle rather than raising discussions about its meaningfulness – even if the innovative power behind a product is often limited to one-to-one translations of analogous processes into digital ones, enhanced by a shiny user interface.

It has become rather difficult to detect a third group between conservative cultural pessimists on the one hand and naïve, yay-saying digitization enthusiasts on the other: a group that recognizes the true potential of digital infrastructures and leverages them to create completely new business models. After all, if you want to drive digitization forward, it’s not enough to re-do things. You need to re-think them as well. Otherwise, so-called digital pioneers will degrade themselves to inventors of useless machines.

In the technology sector and elsewhere, Chief Innovation Officers, futurists, self-proclaimed visionaries, and digital pioneers are now making the greatest efforts to absolutize the benefits of digitization in such a way that even the most useless inventions are applauded wildly. Granted, trivial everyday objects that all of a sudden have access to the internet, are very likely to stimulate the imagination, flatter sci-fi fans and anticipate the needs of tomorrow's users. However, there is a thin line between inspiration and absurdity. Digital failures – due to lack of security, overengineering, and lack of purpose – are both costly and dangerous. They also create prejudices, which, in turn, play into the hands of those demonizing digitization per se because they fear a gradual disempowering of the individual. If the digitization movement takes us to the edge of absurdity – for example, by underestimating consumers or by depriving them of their privacy – we shouldn’t be surprised that it has serious image problems. Plus, that fact that by the year XYZ billions of devices will be connected does not necessarily mean that everything, EVERYTHING, must be connected - even if the term "things" in "Internet of Things" really leaves a lot of room for interpretation…

A great example of the connected "thing" without purpose is the much-ridiculed Internet toothbrush. Sure enough, there are now market-ready devices from Oral B, Philips, or Kolibree that can be connected to a smartphone via Bluetooth (the name of this protocol has never been more inappropriate!), so that, even during your daily cleaning ritual, you never stop gazing at your phone. For children, Kolibree even offers serious games that are supposed to make tooth-brushing more fun. On the Oral B web page, it says “Elevate your brushing experience”. What’s definitely not helping the user experience, though, is the fact that – thanks to high-tech – you now need two devices instead of one. And analyzing and monitoring your daily cleaning action makes your dental hygiene even more time-consuming than it already is. What’s more, the intelligent toothbrush is far from replacing regular dentist appointments and professional tooth cleaning. By the way, have you ever heard of long-term studies on the relationship between Internet-connected toothbrushes and cavities? Probably not.

Example 2: The fork as your personal nutrition consultant

What many lifestyle-related digitization projects have in common is that they aim to teach consumers more self-discipline, in line with the following axiom: “I don’t need to be strong if my technology is”. The gadget HapiFork is a good example: If you want to stop your bad habit of gobbling down your food in 5 minutes, what you need is…exactly: an intelligent Bluetooth fork as an advisor for healthy nutrition. And an app that slaps your wrist if you eat too fast, too much and too unhealthily. The target group seems to be primarily women who want to lose weight. Other, medical factors, seem to play a lesser role in approaching potential HapiFork customers.

Cloud computing has not only conquered enterprises and consumer electronics, but also nurseries: At the end of the year 2016, the Internet-connected doll “Cayla” caused a scandal. Whenever a kid asks Cayla a question, the doll sends a request to a server via the Internet. As soon as it’s processed, the answer is sent back to Cayla. The seemingly harmless little toy that only wants to have a little chit-chat with its owner has recently been declared an illegal means of espionage by the German Federal Network Agency. Owning a Cayla doll is punishable by up to two years in prison.

CloudPets, the company behind Internet-connected stuffed animals, recently caused similar outrage: Due to a security vulnerability, hackers were able to steal a large amount of data, as Motherboard, among others reported, among others. The MongoDB database of the manufacturer Spiral Toys was not protected by a firewall or password. This way, 800.000 user accounts could be hacked, and user credentials were stolen. A #toyfail across the board!

Overengineering does not only cause dangerous vulnerabilities and putting users in physical danger. It also leads to unintentionally funny situations, as demonstrated by Rube Goldberg’s hilarious domino effect constructions that famously went down in history as “Rube Goldberg Machines”. In a similarly entertaining way, the young Swedish engineer (and Rube Goldberg’s intellectual heiress) Simone Giertz, who calls herself “Queen of Shitty Robots”, creates robots and other gimmicks that demonstrate that digitization and automation do not make sense in all areas of everyday life – and that robots are by no means better (i.e. more skillful) humans.

Similarly, the Twitter account Internet of Shit tracks and parodies the absurd excesses and dangers of the digitization hype.

When does digitization really make sense?

If you want to make up your own mind as to where digital solutions can be meaningful and productive and which new business models they might give birth to, CeBIT 2017 (20 to 24 March) is definitely worth attending. With the motto “d!conomy”, CeBIT will feature various showcases on digital solutions ranging from Smart Cities to the “Workplace of the Future”. The sheer range of technologies, manufacturers, and application areas enables trade fair visitors to take a deep look at the economics of digitization and to form a differentiated, independent opinion.

Yatta will also be there. Visit us in hall 2, booth no. A38, 11, and have a chat with us about digitization. We will also be reporting from the CeBIT Global Conferences, which will attract 3,000 attendees to Hanover this year, and feature Whistleblower Edward Snowden (via video stream) and Ray Kurzweil, pioneer of artificial intelligence.