Software companies on the rise 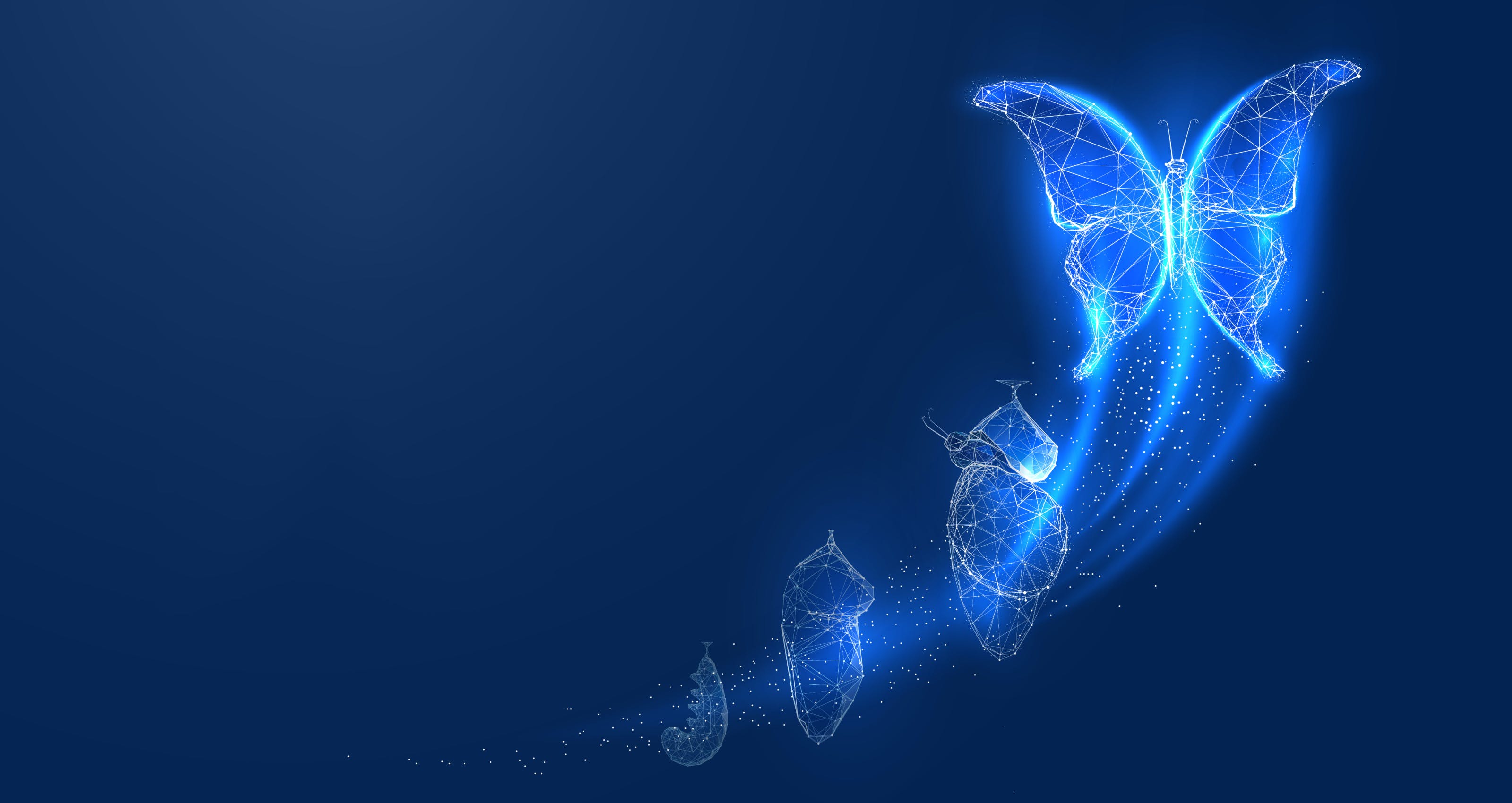 In a series of articles, we will look at the market for software development and IT service providers. The series will consist of four parts and start with this article focusing on the increasing relevance of software for all businesses. If you are tech-savvy, you might start with the next article.

In 1996, the world’s top five publicly traded companies in terms of market capitalization were General Electric, Shell, Coca Cola, NTT and Exxon Mobile. Today’s top five are Apple, Saudi Aramco, Microsoft, Alphabet and Amazon. Exxon Mobile is the only of the former big players that still has a place in today’s top 25 (rank 13). Despite that, Exxon was forced to leave the prestigious Dow Jones Industrial in 2020 (after 92 years) because the index wanted to reflect the current market situation and developments more accurately. And who took Exxon’s empty spot? SaaS company Salesforce.

In addition to “native” software companies (such as Apple, Alphabet and Microsoft) whose main growth drivers have always been software and tech, enterprises in formerly analog industries like retail, transportation or healthcare are gradually becoming software companies as well. From smooth online stores to fully automated assembly lines and AI-supported algorithms that calculate risk exposure for health insurers—today’s business models rely heavily on their operating software: their outputs and results improve with the improvement of their software.

Accepting these realities and digitizing tried-and-tested business models rapidly and effectively is decisive for a company’s fate today. That’s why the former DVD rental company Netflix became the go-to platform for video streaming, while Blockbuster (just like your local video rental store) is out of business. 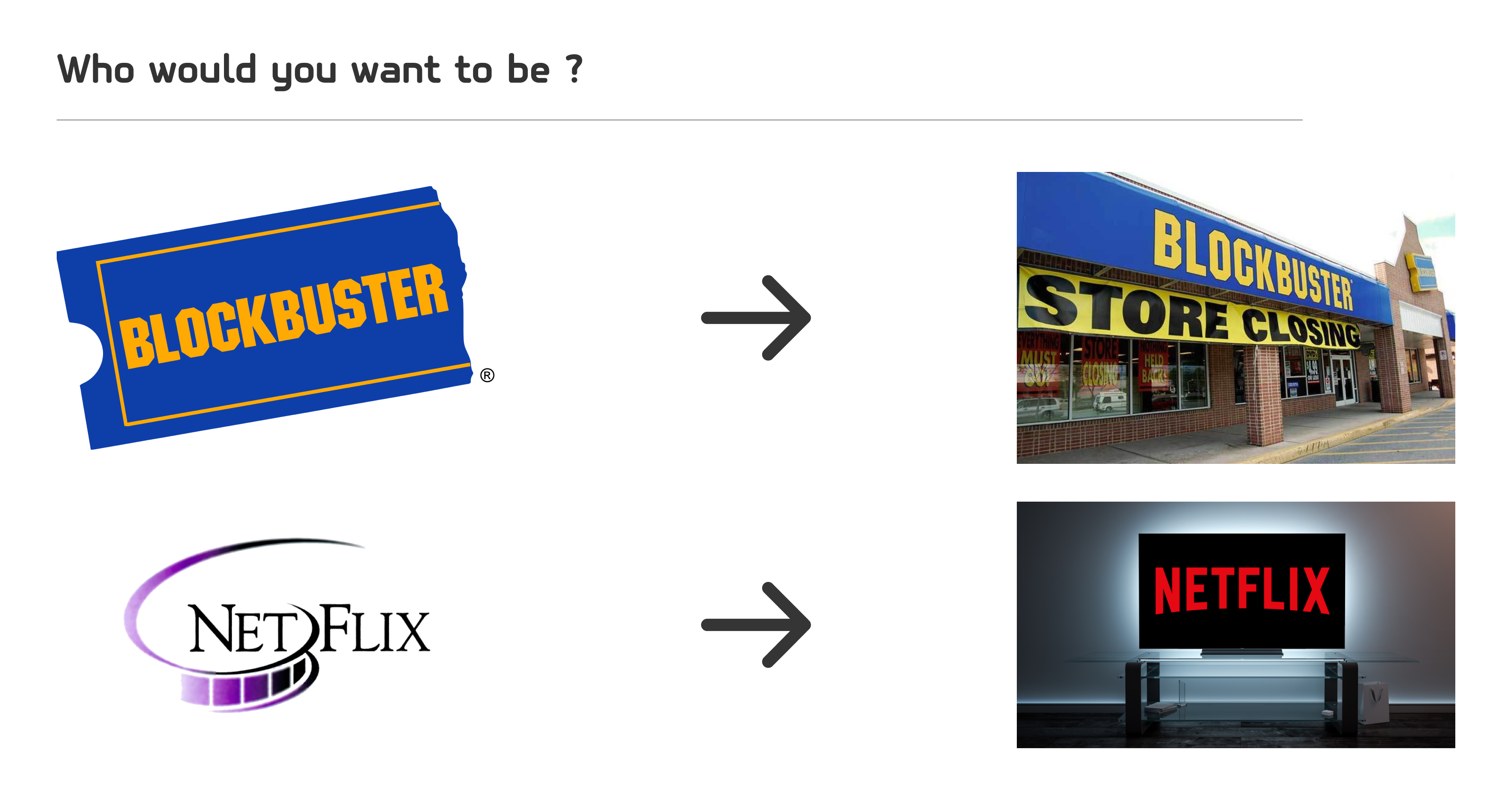 The taxi industry is over a century old, but it took the newcomer Uber to revolutionize it in 2009. Amazon was founded in 1994, the year in which Barnes & Noble celebrated its 110th anniversary. And when the iPhone was introduced in 2007, Nokia had already been selling cellphones for two decades.

Today, some of the most innovative and fastest growing fields of business are dominated by comparatively young software and tech companies. But on reflection, that seems somewhat surprising: Shouldn’t the pole position be held by the established players with their comprehensive knowledge of the market they have dominated for decades? This is even more true when you consider that these market leaders often have the deepest pockets for funding promising ventures and innovation. Still, former top dogs are pushed quickly into challenger roles where they must change quickly and to their very core—they become transforming companies.

A look at the market for electric vehicles (EVs) makes these dynamics evident.

For decades, the car market was dominated by long-standing giants. In 2020, the largest car manufacturers were Volkswagen (10.71 million units), Toyota (10.55 million units), GM (7.72 million units) and Hyundai (7.24 million units)(source). As market leaders, they should have been in the best position to open up the emerging and innovative EV market.

Tesla currently has a larger market share than any other EV manufacturer, selling 565,000 cars in the first two quarters of 2022. In the same period, GM sold roughly 250,000, the Volkswagen Group (including Audi and Porsche) slightly above 200,000 EVs and Hyundai slightly below (source). Toyota, who was the undisputed king of hybrid cars for 25 years is still a dwarf in the EV market, with around 10,000 sold units. 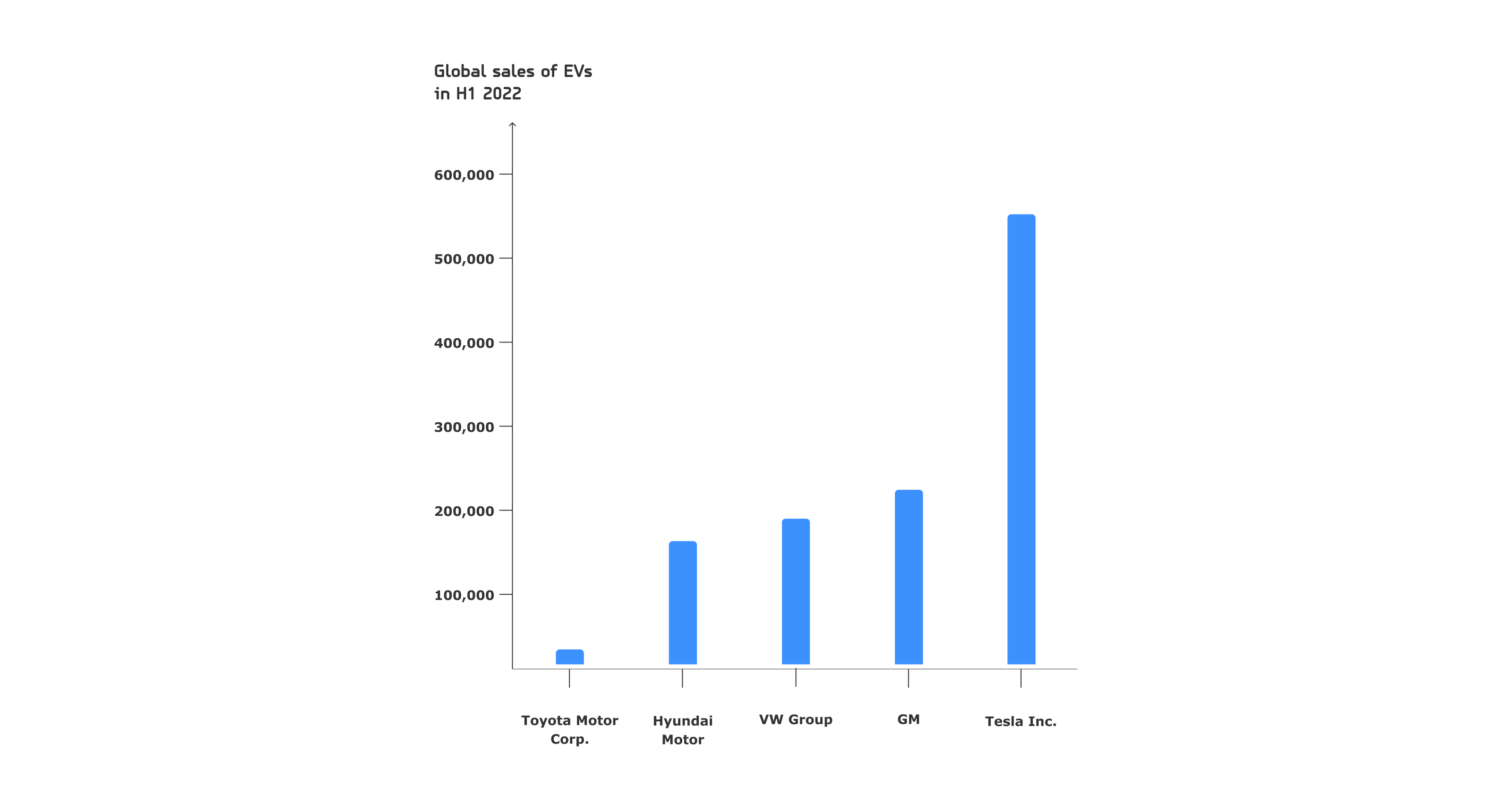 The effects of this global shift towards software and tech extend far beyond the increased market caps of software companies and the change of forces in individual market segments; tech startups have also completely reshaped once-established industries.

Take the music industry for example. Streaming services like Spotify and Apple Music captured an enormous market share in a short time and steered the entire music recording market towards growth by revolutionizing the way we consume audio content. 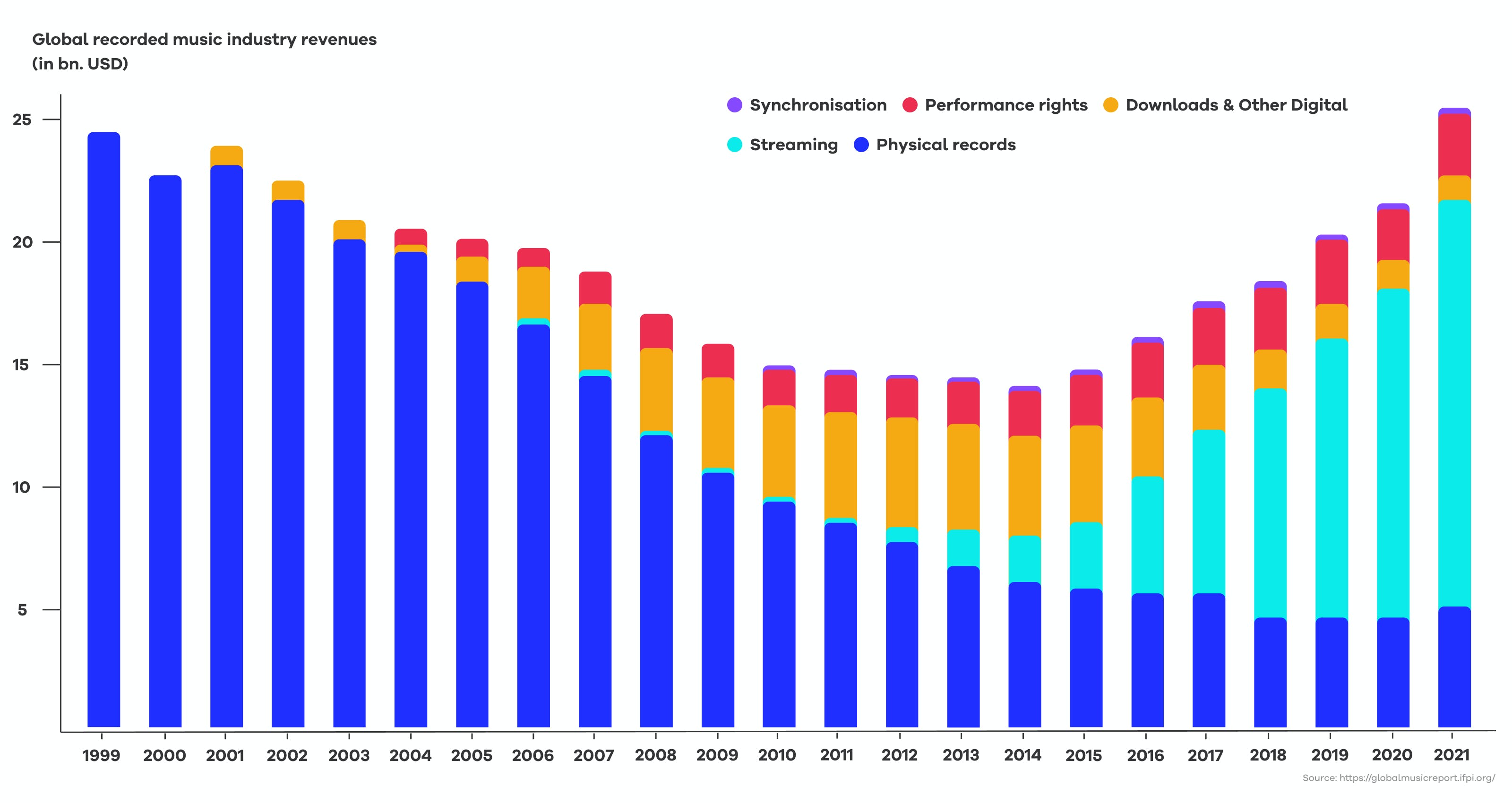 This reshaping of markets by software is not limited to consumer behavior either. Digital platforms like YouTube, TikTok, Twitch—and even Uber—support fans, creators and the entrepreneurially minded in offering their own content, products or services. At the same time, digital marketplaces and online distribution channels like Shopify, the App Store, Amazon and Steam enable small- and medium-sized companies—or even individuals—to reach a global audience. They thus facilitate the growth of the creator and platform economy, allowing people to monetize their assets, skills and hobbies (while multiplying their platform’s growth). This blurs the lines between “producers” and “consumers” and eliminates the market advantages of established companies over startups and other market participants.

Software has transformed one of the fundamental principles of the market and illustrated the extent to which our economy has already become digitalized.

And there is no reason to believe this trend will reverse or even slow down. Consequently, it's no longer a question of if a given company will be a software company. But whether they can adapt to this new reality fast enough to survive.

Because in the future, all relevant companies will be software companies.

In part 2 of our series, we will look at the struggles of enterprises transforming into software companies – stay tuned!